On the way home from a beautiful day of picture-taking in Adairsville Kentucky, my GPS lead me down a back country road I had never traveled. In one of several S turns, sat this old house. Since there was no traffic, I stopped right in the middle of the road and started taking photos. I later with permission from the landowner returned for several senior portrait sessions and was told others had done the same and that it was a very popular location. I ask the owner if she knew any history about the house. Because the court house had a fire all she found at the court house was back in 1919 George Button sold it to James March, who eventually sold it to Caudill family. The land was mostly farm and milk cows. Since the photo was taken it has been vandalized. All of the doors were stolen and more windows broken by kids.  I added a little artistic technique to enrich the photo. 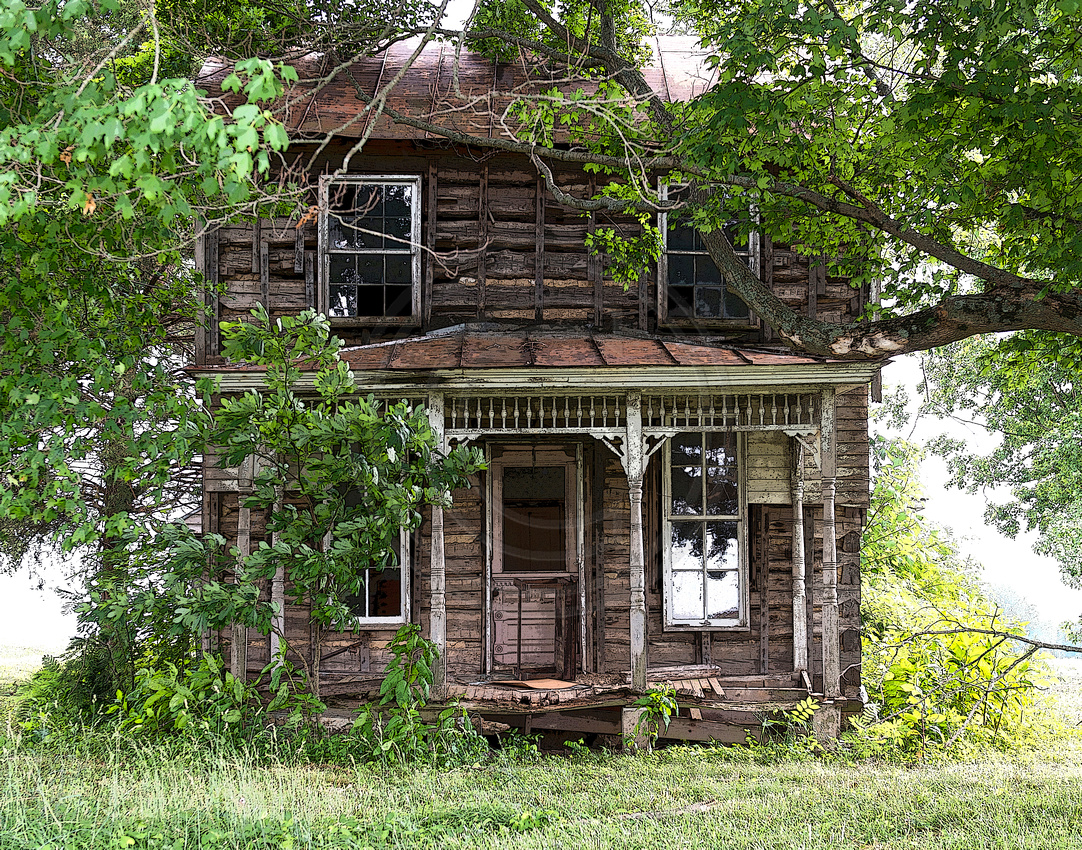